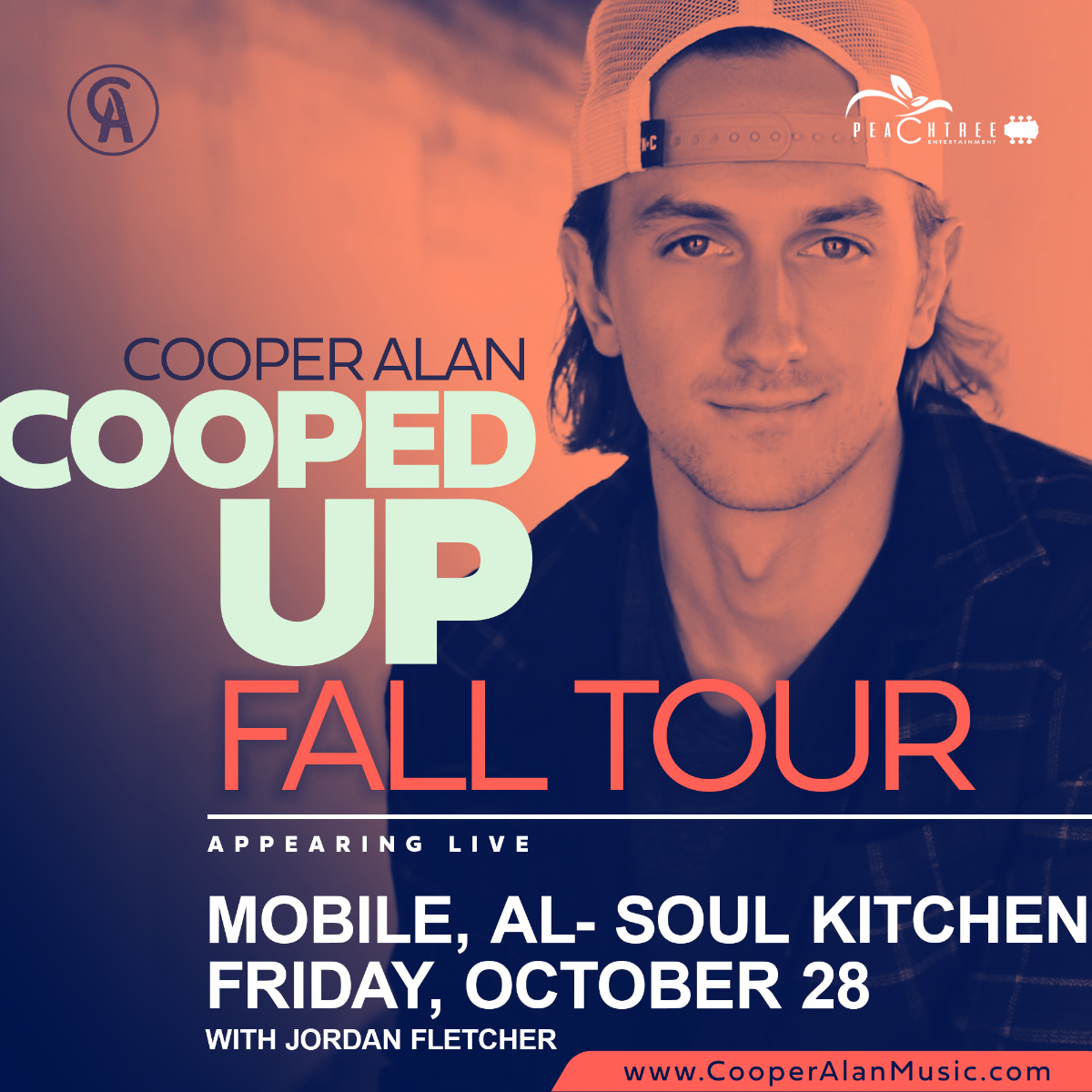 Get adv tickets starting Wednesday July 20th at noon at www.soulkitchenmobile.com or by calling 866.777.8932.

FOR VIP BUYERS -Thank you for purchasing a Cooper Alan VIP Package. Package details and tour production subject to change without notice. Your merchandise items that are included in the package will be available for pickup at the venue the day of the show. All VIP tickets will be issued at the designated VIP check in location (or other designated location at the venue) prior to the show on the date of the event only. CHECK-IN LOCATION & TIME INFORMATION WILL BE EMAILED OUT BY VIP NATION (from touralert@vipnation.com) 3-5 DAYS PRIOR TO THE DAY OF THE SHOW. If you have not received this 3 days before the show please contact us immediately (info@vipnation.com). All packages are will-call only (ticket will be at VIP Nation check-in) except for in the states of NY, VA, CT, UT & CO. All packages are NON-REFUNDABLE. All sales are final. You must bring a valid PHOTO ID matching the PURCHASER NAME on this order. Those who cannot present a photo ID matching the PURCHASER name on the order will be turned away. You may be required to sign a waiver & release of liability. If you have any questions regarding the ticket portion of your purchase or have not received your confirmation email, please email brad@soulkitchenmobile.com OR CALL 251.433.5958. Cooper Alan VIP Packages CANNOT BE RESOLD. All package elements will be rendered invalid if resold. Please check with the venue directly for any age restrictions. If you have ACCESSIBLE needs: please call or email our customer service representatives as soon as you have placed your order, and we will do our best to accommodate your needs based on availability. If you have any questions about VIP packages please email info@vipnation.com or call 888- 458- 8297. 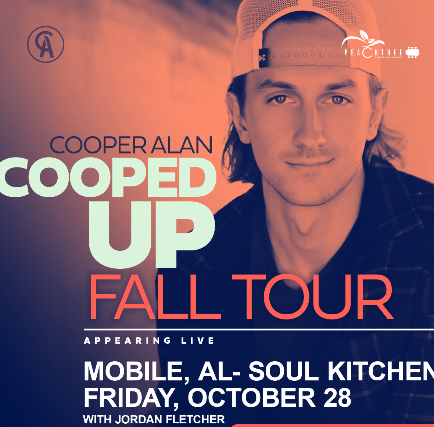 If you like country music and you’re on any social media app, you’ve probably seen Cooper Alan on your screen in the past two years. The up and coming country singer has independently built a fanbase of over 8.5 million followers and has earned over 80 million streams on his music. Originally from Winston Salem, NC, he spent his high school and college years playing bars, college campuses, and Honky Tonks all across the Carolinas. He and his band became the “go to” for great music and a high energy, all night throw down performance.

After graduation, Cooper packed up his guitar and moved to Nashville as fast as he could, where he had the incredible luck of meeting hit songwriter/producer Victoria Shaw who signed him within weeks to a publishing deal. He is fortunate and proud to have the opportunity to write songs with people like Rivers Rutherford, Seth Mosley, Matt Nolen, Skip Black, Kent Blazy, Desmond Child, Jeffrey Steele, and of course, Victoria Shaw.

Cooper’s hit singles include “New Normal”, “Tough Ones”, “Colt 45 (Country Remix)”, “Can’t Dance”, and many more. His songs have reached #1 on the iTunes Charts multiple times. This past year, Cooper started his own record label (Cooped Up Records) and began to translate his social media audience into killer live shows, selling out venues all across the country. Because of his streaming and live touring success, he was named a “Next Big Thing” artist by Music Row Magazine.

Go enjoy the music and come out and see a live show! You won’t regret it!