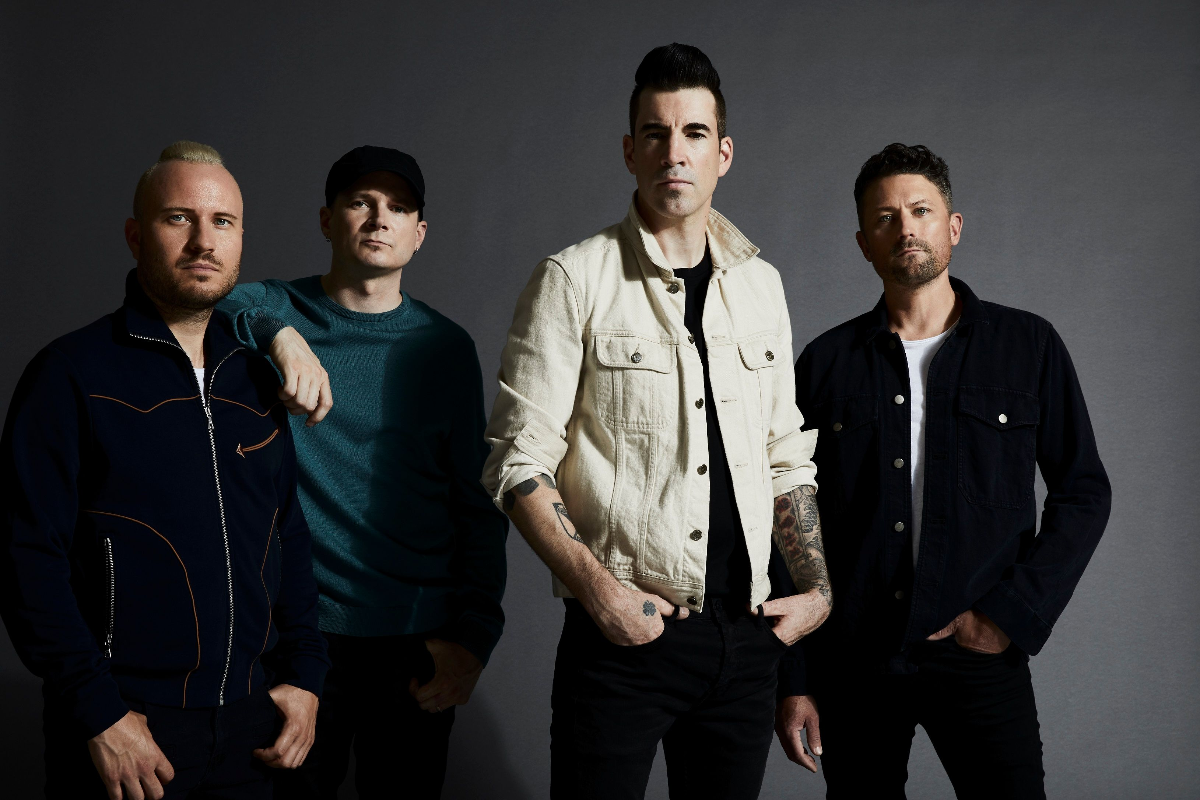 Get adv tickets starting Friday Dec 6th at 10am at www.soulkitchenmobile.com or by calling 866.777.8932 or at Mellow Mushrooms (USA location).

Theory of a Deadman has partnered with PLUS1 so that $1 from every ticket sold will go to support organizations dedicated to breaking the cycle of domestic violence and building a community free of abuse. www.plus1.org

Theory of a Deadman 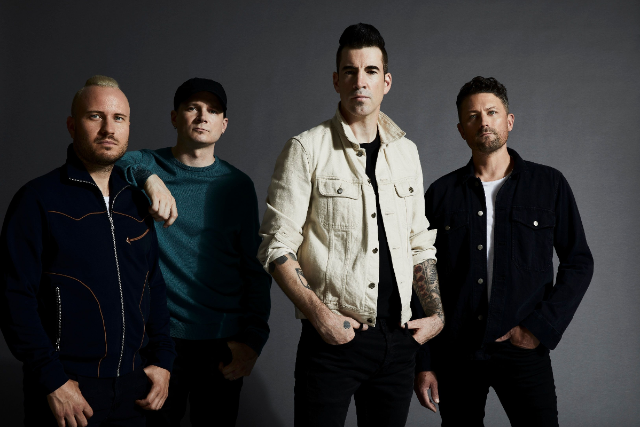 Songs make statements at just the right time. Born at the intersection of insurgency and inspiration, music props up a sounding board for the people to be heard. Theory Of A Deadman amplify this voice on their seventh full-length offering, Say Nothing [Roadrunner Records/Atlantic Worldwide]. The award-winning multi-platinum Los Angeles-based Canadian band—Tyler Connolly [lead vocals, guitar], Dave Brenner [guitar, backing vocals], Dean Back [bass], and Joey Dandeneau [drums]—flip the pulse of the world into scorching songcraft, integrating experimental vision, rock ‘n’ roll attitude, and clever pop ambition.

In the midst of this storm, Connolly and Co. speak up like never before.

“This album allowed me to say all of the things that were on my mind earlier, but I was too afraid to say,” the frontman admits. “Our previous material was pretty much all relationship-driven. Everything was about me being unhappy. This one was about what’s going on in the world, the state of American politics, and everything else. It was a completely different way of writing for us. I remember Dave asked me, ‘Hey dude, did you watch a lot of CNN or what?’,” he laughs.

A whirlwind two years awakened this feeling in the group. After nearly two decades together, Theory landed their biggest career hit in the form of “Rx (Medicate)” from 2017’s Wake Up Call. Not only did it receive a platinum plaque, generate 100 million-plus streams, and become their third number one on the Billboard Hot Mainstream Rock Tracks chart, but it also received a nomination in the category of “Rock Song of the Year” at the iHeartRadio Music Awards.

The musicians quietly reached this high watermark by remaining consistently prolific. To date, their discography encompassed the double-platinum single “Bad Girlfriend,” platinum single “Not Meant To Be,” platinum album Scars & Souvenirs, and gold singles “Angel” and “Hate My Life.” Plus, they notched two Top 10 debuts on the Billboard Top 200, namely Truth Is… [2011] and Savages [2014], as well as eight top tens on Billboard Hot Mainstream Rock Tracks Chart. In addition to selling out shows worldwide, they’ve toured with everyone from Alter Bridge and Bush to Stone Sour and Big Wreck and more.

In 2018, Connolly turned his attention towards the next chapter. It started at a Los Angeles dinner with Wake Up Call producer Martin Terefe [Jason Mraz, Yungblud].

“I went out to dinner before Halloween with Martin, began discussing the record, went home, and had a panic attack,” recalls Connolly. “After ‘Rx (Medicate)’, there was a lot to figure out. It was really fantastic, but I don’t think we had a lot of time to live in it and digest it. There was pressure. I was like, ‘Okay, I have to get to work’. One day when I woke up, I knew what I needed to communicate. I was motivated to talk about things I want to talk about and not just write about girls. It’s not where I was 15 years ago, but here I am now.”

“What makes this record important is the content,” Brenner elaborates. “Tyler approaches some really tough topics like domestic violence and racism. We never did that in the past. ‘Rx (Medicate)’ opened the door though. This is almost a continuation. There are real discussions happening in the tracks backed by heavy stuff to make you think.”

Once again, the group hopped a plane to London and worked out of Terefe’s Kensaltown studio. Staying in an Airbnb for six weeks, they pushed themselves creatively like never before, incorporating new sounds and sonics.

Theory introduce Say Nothing with the single “History Of Violence.” Finger-picked guitar by Brenner brushes up against the singer’s searing snapshot of a woman afflicted by abuse at the hands of her husband. Between sweeping strings and airy solos, Connolly sings, “She need a sedative to get her straight, ya know she need a cigarette, she got the shakes, put them sunglasses on her, hide her face, such a waste…maybe the way out is a .38.”

“It’s a story about a woman who gets beat by her significant other, shoots him, kills him, and goes to jail,” he explains. “Even though she’s in jail, it’s still a better place to be than being imprisoned in real life by this man. It’s very similar to stories we hear in the news all the time, unfortunately.”

A pilgrimage to Abbey Road Studios left its fingerprints on “Ted Bundy.” Swaggering piano and boisterous horns resound beneath a Sgt. Peppers-gone-Silence-of-the-Lambs story.

“We did a private tour of Abbey Road, and I got to play on The Beatles piano,” recalls Connolly. “We went up to the room where they played ‘A Day in the Life’. When we got back to our studio, we were so inspired. We put tuba on ‘Ted Bundy’. After six albums, we don’t want to be complacent or stale. We try different things. Lyrically, it’s funny. I watched a documentary and got inspired to write about Ted Bundy falling in love.”

Elsewhere, a gospel choir kicks off “Quicksand,” adding yet another dimension to the aural palette. Meanwhile, the orchestration on “Black Hole Of Your Heart” moves in lockstep with an arena-ready beat punctuated by creaky guitar, nodding to Silverchair’s Diorama.

“All around, we really pushed ourselves in terms of the sound,” adds Brenner. “It’s like we finally fit the square peg in the round hole here!”

In many ways, “Strangers” encapsulates a pervasive feeling and strikes a chord with its powerful and provocative prose.

“It’s about what’s going on in America with politics,” says Connolly. “You have to pick a side. It’s interesting how people stick to their party and forget the country. We’re all like strangers now. It’s gotten too nasty.”

However, Theory’s music might be something everyone can ultimately agree on.

“I look at the record as a microcosm of our current era,” Brenner concludes. “It’s a reminder to look inward at what’s happening and what we’re becoming. I hope everyone dives into the words. At the same time, music is still an escape. Maybe we can give the world a little solace and encourage everyone to treat each other better.”

“We just want to write what speaks to us,” Connolly leaves off. “The best thing is when people sing lyrics back to you, or if a song gets somebody through a tough time. There’s something we all might be able to dig here.